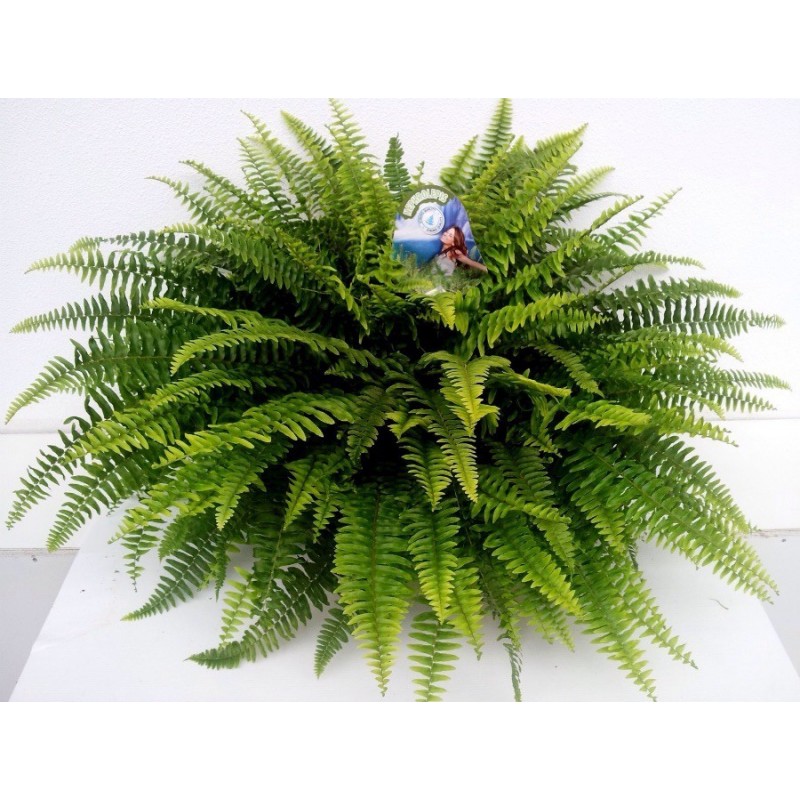 It is not difficult to give proper care to this soft plant.

It is essential to know that need a lot of space around.

And what about the magic that is "carrying" read more below.

In Germany, the male fern is also called the Walpurgiskraut because the story says that in the Walpurgis night, the witches use this plant to make themselves invisible.

Once in Russia the peasants went to the forest, just before the strike midnight on the feast of St John the Baptist, carrying a white towel, a Cross, the Gospel, a glass of water and a clock.

Found a fern, marked with the cross a large circle around the plant; spread the cloth on which they laid the Cross, the Gospel, and the glass of water, and controlled the clock.

At midnight on the fern could miraculously appear, a flower that shone like gold.

Those who had the good fortune to see the sudden blossoming would at the same time, witnessed many other wonderful shows: the would have appeared just three and
a light would have lit up the forest, even its most hidden parts.

He heard, finally, to a chorus of laughter and a feminine voice called him. Should not afraid: if he could keep calm, he would have known what was happening and would have happened in the world.

In Bohemia they said that those who had procured the golden flower would have gotten the key to discover the hidden treasures, and that if women virgin had laid out a red cloth under it you would have fell into the red gold.

In Russia, it was claimed that it was enough to throw it in the air because you fell like a star in the precise point where there was a treasure.

But also the seed of the fern, that you want to shine like gold in the night of San Giovanni, not unlike the magic flower, would discover the hidden treasures in the earth by virtue of the magic of homeopathy, according to which there would be an affinity between a seed, or a branch, gilt, and gold.

Once in Britain, the seekers of treasures gathered on the magical night, the seeds of the fern, and them kept it till Palm Sunday of the following year; then they sprinkled on the ground at the point where they felt that there was a treasure.

The tyrolean farmers believed that on the eve of St. John, the seed could help to discover due to its light hidden gold.

In Tìrolo and in Bohemia it is said that putting the seeds of fern, between the money, this, for how much you spent, would never be decreased.

It is sometimes believed (for example in Styria), that the flower of the fern, you schiudesse on Christmas night, and that whoever took would become rich.

The fact that the two great moments in which to collect the seed or the flower were the nights linked to the solstices suggests that they were considered to be emanations plant of the sun on the occasion of the two great turning points of its course.

He would be a legend in German, according to which a hunter shot in the sun on St. John's at noon: and there fell from it three drops of blood, collected
in a white cloth, and they became the seeds of the fern.

"Here the blood," notes the Frazer "is clearly the blood of the sun, from which the seed of the fern is directly derived.

So we can consider it as probable that the seed of the fern is gold because it believed an emanation from the golden fire of the sun".

Light
Direct sun or half shade
Recommended temperature
Greater than 15 °C
Watering
Wait until the ground is dry. To make sure scrape and probe with your fingers a couple of centimetres below the surface of the ground.
Humidity
Spray with water, possibly rainwater or a little of the limestone, even on a daily basis, to create a habitat more similar to that of the origin of the plant.
Name
Derived from the Greek nephros (kidney) and lepis (scaglia), with reference to the shape of the membrane that serves as a shelter to the spores.
Origin
Tropical regions all over the world, especially in south America, Mexico , Central America, Florida, Polynesia, Africa.
Habitat
It is common in humid areas such as forests and swamps.
Family
Nephrolepidaceae
Product Code
N030