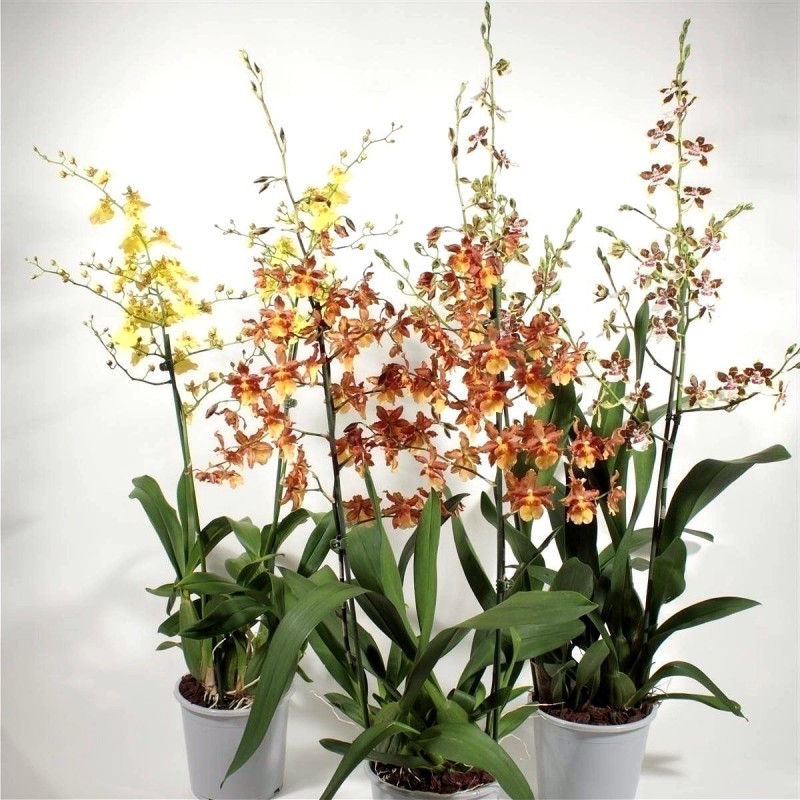 This orchid is a riot of color.

It is called the orchid dancer because of the flowers that "dance" with the slightest breeze of wind, or even orchid tiger for its stripes.

If its aerial roots protruding from the earth, which sprout are not cut and do not throw it away.

In the winter, when you have less light, goes to rest: put it in the coolest place of your home.

The ideal temperature is between twelve and fifteen degrees, and is also the one that will allow your orchid to give you, with the arrival of spring, the lush bloom.

At the beginning of the spring again to get it wet more often because it is awakening from its lethargy.

Light
A lot of light. No direct sun.
Recommended temperature
Greater than 15 °C
Watering
Immerse the pot of the plant in water at room temperature for 5-10 and then make the excess water draining.
Season of Availability on the market - in Bloom with forced cultivation
Throughout the year
Name
From the Greek Onkos, meaning swelling, referring to the shape of the lip.
Origin
Central and South America
Habitat
It grows on the trunks of the trees and in the cracks of the rocks.