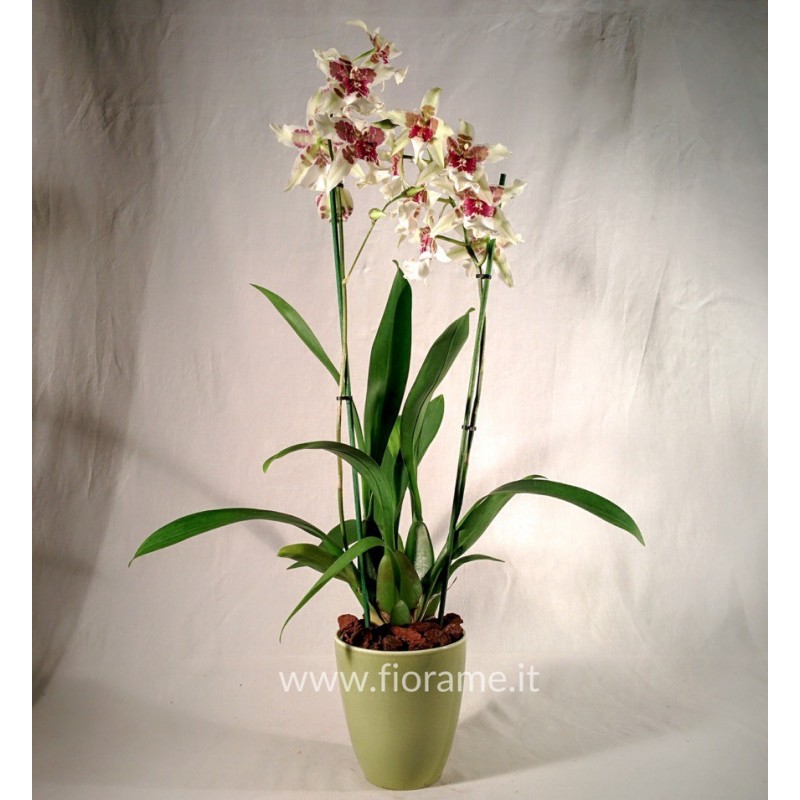 This orchid is a Cambria, but is also marketed as Cambria.

This beautiful plant is a ibribo that comes from the crossing of the following orchids: Brassia, Cochlioda (Oncidium), Miltonia, and Odontoglossum.

Then not you can find it in nature!

Just under the topsoil is visibike the tuber that has the function of a reserve of water when the plant is subjected to periods of drought.

When it fades, cut the flower stalk to the base if the stem is drying up.

Put it in a place cooler than where it was for about 3/4 months.

After this period, it may develop new buds in spring bloom.

You could put or in a vase of the same color of the flowers to create the effect of tone-on-tone.

Or in a tall glass jar, with the roots and the ground in view.

If you remember nebulizzarla on a daily basis, will have the feeling to receive a pleasant, tropical shower.

You can bathe by immersing the vessel in water at room temperature, let it soak, remove from water and let that drain completely.

Light
A lot of light. No direct sun.
Recommended temperature
Greater than 15 °C
Watering
Wait until the ground is dry. To make sure scrape and probe with your fingers a couple of centimetres below the surface of the ground.