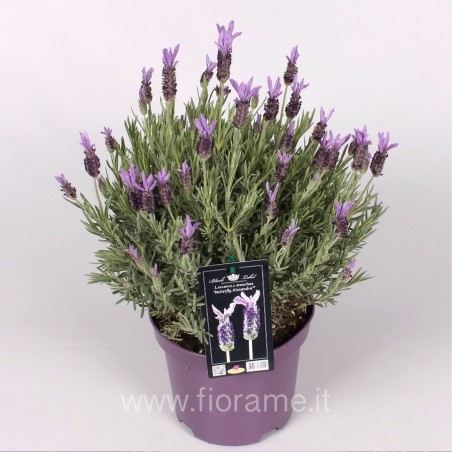 THE BRAID OF ST. JOHN, OR THE LAVENDER

Lavender is one of the herbs used for the Water of St. John, and that they sold on the market on the square in front of the basilica of San
John Lateran, in Rome, on the eve of the feast.

The Latin name, transposed literally into our language, is the gerundivo to wash because the flower was used to scent the water for washing.

The scent together with cleanliness has evoked the symbol of the Virtue and of the Purity of the soul, but also the Baptism.

His ear is considered to be an amulet that protects from misfortunes, obsessions, and demons, and it is also a talisman that auspicious, they say, prosperity and fertility thanks to the numerous tips of the terminals.

In Kabilia, the women attribute to the property to preserve them from the cruelty of her husband: "Health, lavender sing.

"Men you have called lavender (amezzir); I'll call you the caid vizir. I ask that my husband not me hammer, does not make me anything wrong."

In Rome, in the magical night, the johannine there is muniva of the braid to ward off the witches who, if they had had the naivety of approach
a person who is in possession of this amulet, they would have had to count the wires and beans, and - as was the case with brooms of broomcorn placed opposite the door of the house - before the end of the long count would have been surprised by the aurora, for their evil, which would be forced to flee.

In the language of flowers can mean two opposite feelings according to the context: on the one hand it says: "your memory is my one and only, serena
happiness, on the other, for reasons that are little befitting to the plan: "I am wary of you."

The lavender is the essence of the astral sign of the Ram tends to sweeten the character, impulsive and impetuous, and then to eliminate the differences and to avoid the dangers.

Creates around to the subject an aura of softly luminous, attracting external energies are favourable.

Light
Sun direct
Recommended temperature
Can go below 0 °C
Watering
Wait until the ground is dry. To make sure scrape and probe with your fingers a couple of centimetres below the surface of the ground.
Flowering season
June July August
Season of Availability on the market - in Bloom with forced cultivation
April May June
Name
According to the medical botanist, Dioscorides, the name stecade comes from Stoichades, a name which in ancient times were indicated in the Hyères Islands, where it is widespread. See also in the details below.
Meaning
Vedi più sotto nei dettagli.
Origin
The mediterranean
Habitat
The arid and rocky
Family
Lamiaceae