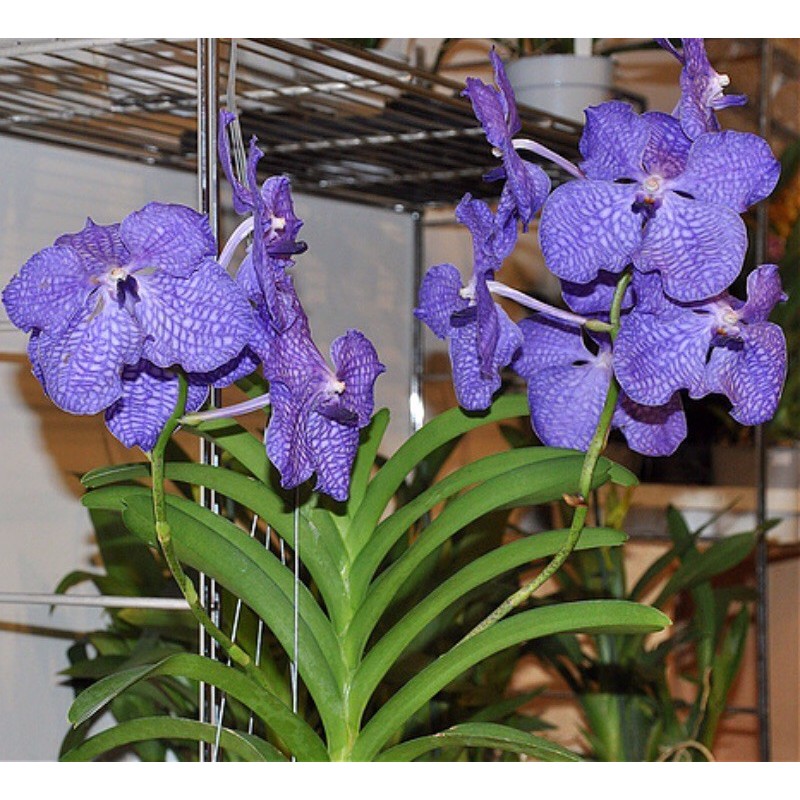 In its natural habitat this orchid obtains nutrients from the rains or from the morning dew that settles in the roots.

The best way to water the orchid is to spray the roots, or to immerse all the roots of the plant in water (at room temperature) for five to ten minutes.

In the summer must be watered every day.

The optimal humidity for this type of plant is around 80%, sprayed the Vanda and then about three times a week.

A couple of times per month you can fertilizzarla dissolving the fertilizer directly in the irrigation water.

In the winter, when the plant is at rest, not concimatela.

If grown in optimal conditions, it can bloom 3 times a year.

The vanda is an orchid epiphytic, with a root system that particular airplane.

In 1613 was discovered by Alvin Semedo and was called “tia-hua" or plant area.

Its roots are like sponges that can absorb very quickly a lot of humidity.

The roots also act as anchors to get that stay firmly in place on the trees.

The plant does not need soil.

The Vanda bloom more times per year without any specific season and the flowers have a shelf life of several weeks.

It takes 8 years before the Vanda is ready for its first flowering.

The first 5 years the seedlings are growing in nurseries in Thailand and after being transported in the Netherlands in the companies of the AncoOrchidee are placed in a cultivation for a whole year up to the bloom and the sale of the same. For more news visit the site vwvw.ancoorchidee.nl.

Light
A lot of light. No direct sun.
Recommended temperature
Greater than 15 °C
Watering
Immerse the pot of the plant in water at room temperature for 5-10 and then make the excess water draining.
Humidity
Spray with water, possibly rainwater or a little of the limestone, even on a daily basis, to create a habitat more similar to that of the origin of the plant.
Season of Availability on the market - in Bloom with forced cultivation
Throughout the year
Origin
India, China, Malaysia, Indonesia, and Australia.
Habitat
Often develop on the branches and bark of other plants. Don't like the pots with the earth, but must be left with the roots in the air to gain access to the moisture present.