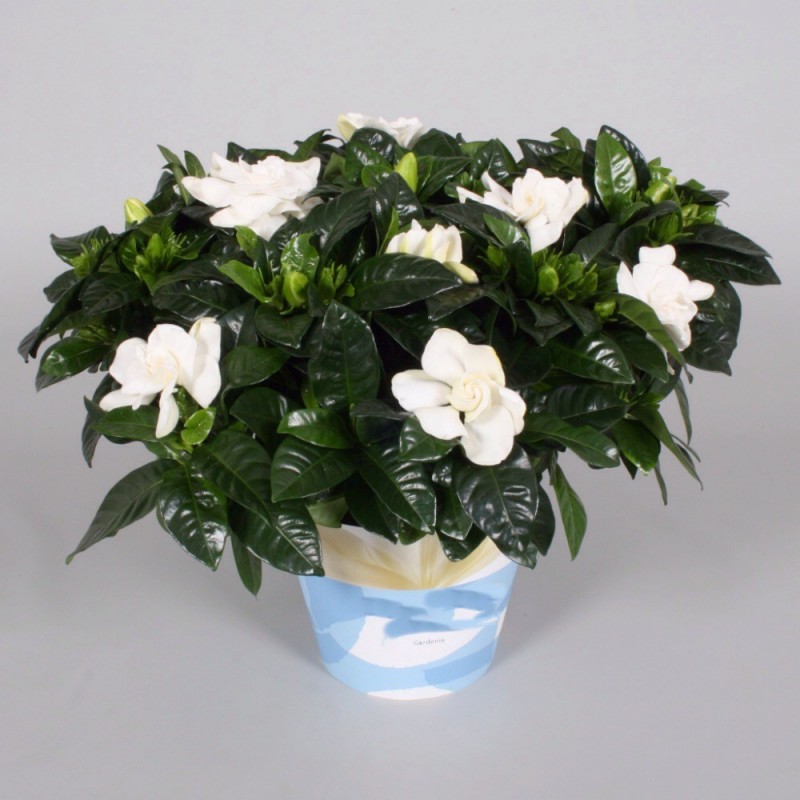 White flowers and smell vaguely of vanilla to the blossoming of its flowers: the fleeting beauty!

In the wild, the Gardenia is a little larger than a bush.

Some varieties can even be wide more than two meters.

If you hold it with you in the house nebulizzatela with water frequently, in order to develop new buds.

The past winter, in early spring, you can put it outside. Can stand even in the sun, but not in the hottest hours, riparatela and riesponetela only towards the evening.

The gardenia, or of the fleeting Beauty
In the twenties were associated with the gardenia, from the fragrant white flower, the figure of the bon vivant, which went in the tabarins with the candid
pride; a flower that reappears in another famous song of Domenico Modugno-Vecchio frac:

I have a cylinder for a hat,
two diamonds for twins,
a crystal staff,
the gardenia in the buttonhole
and on candido vest
a bow tie
a bow tie
of blue silk.

The British had even invented a small glass vial with a drop of water, who hid under the collar of his jacket to reach into the flower so that it could retain its freshness for some time.

It is a genre that includes about 250 species, of which the most widespread in Italy is the Gardenia jasminoides, which originates from China.

In the Nineteenth century was the favorite, along with the peony, from the lord of the bourgeoisie triumphant, which have often preferred to other exotic flower because the more fragrant.

Not had the tribute of a myth or of a legend.

The flower lasts in its splendor no more than three days, and suggests the Impermanence of beauty.

But a cuban singer, who emigrated to Seville and famous in the Spain of the post-war period, Antonio Machfn, she conjured another symbol in a bolero, Dos gardenias, which became so popular as to inspire on his tomb, in the cemetery of the andalusian capital, a statue where he appears with two gardenias in his hand:

Light
A lot of light. No direct sun.
Recommended temperature
Greater than 15 °C
Watering
Wait until the ground is dry. To make sure scrape and probe with your fingers a couple of centimetres below the surface of the ground.
Humidity
Spray with water, possibly rainwater or a little of the limestone, even on a daily basis, to create a habitat more similar to that of the origin of the plant.
Flowering season
April May June
Season of Availability on the market - in Bloom with forced cultivation
March April May
Meaning
The name of it called gardenia in honor diAlexander Garden, a botanical eighteenth century lived in the Carolinadel the South and also known for his correspondence with Linnaeus.
Origin
The tropical regions of Asia and Africa of the South. The Gardenia jasmonoides comes from China.
History
It was brought in Europe only in the mid-EIGHTEENTH century.
Family
Belongs to the same family as coffee, Rubiaceae.