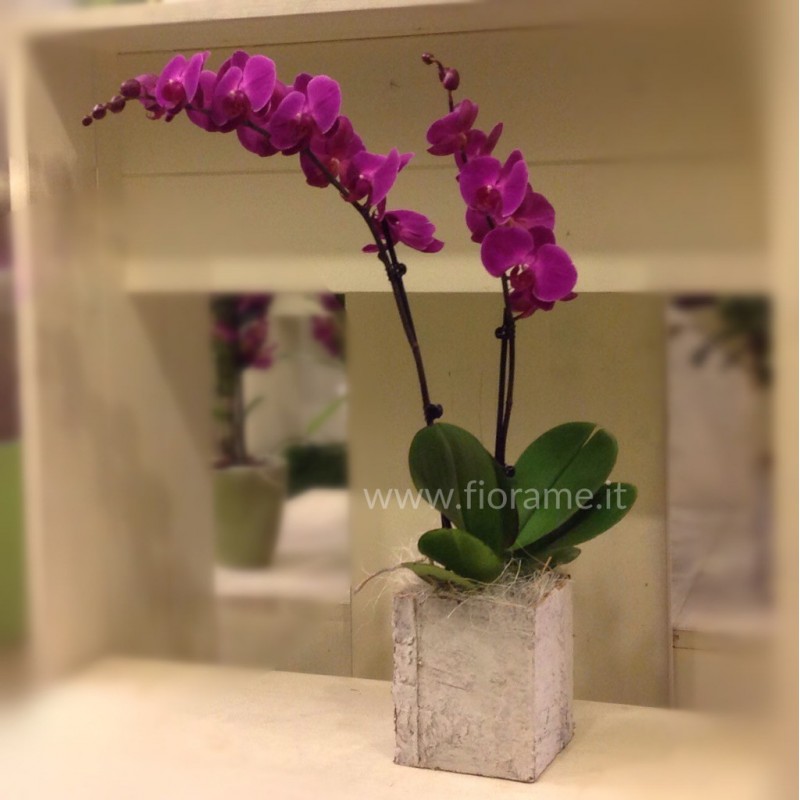 In ancient China orchids were associated with spring festivals and were used to ward off the nefarious influences.

Deliverable within
4 days
Delivery areas
Deliverable on Vicenza and its sorroundings municipalities
Elements
The container could differ from the photo by color form and material
Height cm.
60-80
Pot cultivation, diameter cm.
Twelve
Light
A lot of light. No direct sun.
Recommended temperature
Greater than 15 °C
Watering
Wait until the ground is dry. To make sure scrape and probe with your fingers a couple of centimetres below the surface of the ground.
Fertilization
Every other watering, fertilize with a fertilizer for flowering plants