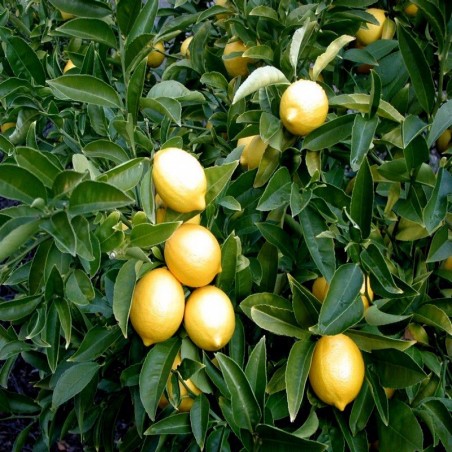 It was probably the Romans imported from the East early lemons through that route of sea communication, which, starting from the Red sea, came up to india, to Malaysia and to the current Vietnam.

These trees, together with the citron, Citrus medica, growing in the wild especially on the mountains of the indochinese peninsula and in the warm forests at the foot of the Himalayas, but cultivated also in China.

Of their presence in Italy since The first century after Christ we have the testimony in some of the paintings of Pompeii found during the excavations of 1950.

But it would be very rare, if we don't find trace explicit in the encyclopedia of Pliny.

They were, however, the Arabs and especially the Crusaders to post them on the coasts of the Mediterranean, as evidenced by their name, which comes from the Arabic limum, while the botanical bride of a Latin word to the Arabic one: Citrus limonum.

PROPERTY REAL OR FANTASTIC
Since the middle Ages, became a feature of the Italian landscape to the south.

Trees are joyful in the solar as their yellow fruits that ripen continuously throughout the year.

The flowers are blooming multiple times for the extraordinary fecundity that was inspired to Rate these verses:
Co' everlasting flowers the lord, the fruit lasts;
And while a tick one, the other mature.

From its rind is extracted by distilling an essence which is very perfumed which is a powerful antiseptic but is also a flavoring used in perfumery.

Thanks to these substances, the lemon is a real panacea and as an antiseptic and tonic; but it is also useful to soften hands, strengthen nails fragile, toning of the skin fat reducing seborrhea and reduces the red spots.

These properties were already known to the arab physicians, and in their wake the naturalists of medieval and renaissance.

Castor During advised to put the fruit in the cupboards because it had the virtue of keeping away the moths.

"If in the juice of lemons, put a ducat of gold, or paper gold, and after twenty four hours you cavino out, that juice gives wonderful help to the afflicted and to those who are at the point of death: drinking it with white wine, or with a little Angelica odorata, et in exchange for the wine, you can put the decottione of that, Angelica."

The juice was used also for the manufacture of pearls: "they crush the beads minute and put them with the juice of lemons in fimo for fifteen days: take then the pasta, put it in print silver forandola with a bristle, and then put it in the oven at cocere with ristesse prints, then quarry the pearl that is dark, allhora put the pearl in the oil of talc in saggiolo and let boil until the bead is clear, and we reiterated bisognando: the right crease with rice flour, and are lustre".

The lemon, like the orange, it also became a fruit that has been used in magic, both black and white.

According to a ritual used to free from the influences of negative people and things, holding a lemon in his left hand and a shaft of metal in his right hand.

The lemon should be turned counterclockwise three times in succession, slowly, and stopped at the height of the forehead.

Then you will tap the right shoulder and then the left and once to the front.

At this point, holding it in the middle of the forehead, it will seep in from the bottom to the top of the pin.

It will finally fall to the ground and you will lean gently on the left foot, and reciting the formula statement: "Itor kalem
itor ausin isitan". 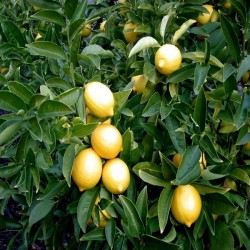