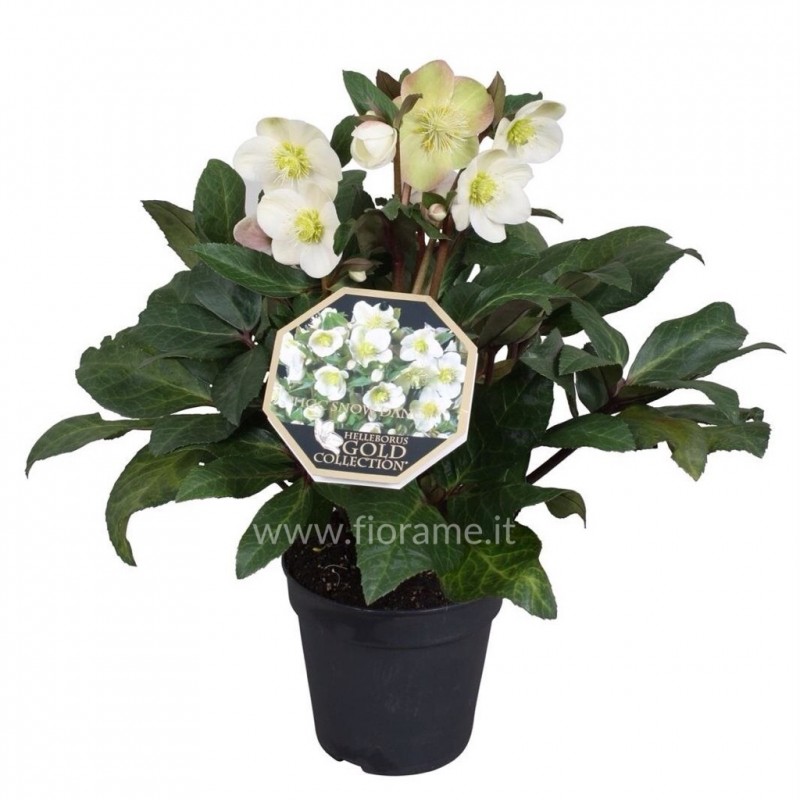 Helleborus niger, is also called the Christmas rose because of its white flowers from the anthers of golden bloom in the winter, from December onwards, almost to symbolize the colours of the sunrise of the winter solstice and the gold of the sun again, the sun's "child", destined to grow on the horizon.

The hellebore christmas, and could not flourish in a christian legend.

It tells on the heels of the Gospels that the Magi had arrived at the beginning of January to the grotto of Bethlehem, bringing gifts to the Savior announced by the comet.

In the surroundings of the cave there was a shepherdess who, seeing those magnificent gifts, the gold, dazzling and fragrant, despairs because he had nothing to offer him; and already he was crying when he saw blossom between the snow and some white flowers from the anthers golden: were the roses on Christmas that you could donate to the Baby Jesus.

According to a Greek myth, Melampo, the Man from the blackfeet, who understood the language of animals, and was able to purify the sick restore their health, he recovered from the madness of the daughters of Proitos, king of Tiryns, stirring the hellebore to the water of the source, where they used to drink: for in so the plan was deemed to be over the centuries an effective remedy against mental illness.

Thanks to the belief the flower conjured up a way a proverb, "Has need of hellebore", to indicate
crazy.

Actually its rhizome contains a glucoside, the elleborina, which thanks to its properties under the influence of drugs can be used in the prescribed dose and under medical control to calm those who is in the grip of a crisis of that kind.

Once the rhizome was also recommended as a purgative, and vermifuge; but now not in use anymore because
its glucosides can cause vomiting, drowsiness, collapse and even death.

Moreover, the Ancients also knew that it was a poisonous plant: Pausanias tells us in the tenth book of the Guide of Greece, which, while Cirresi were laying siege to Athens, Solon advised him to dispose of the hellebore in the water of a river where the enemies were accustomed to drink.

Thanks to the strategy, the Cirresi were affected by a dysentery so severe that it forced them to desist from the siege.

Up to the early Twentieth century was a very common plant, so it can be considered to be the queen in the winter gardens of Europe.

Another species of hellebore, Helleborus viridis, which has deciduous and cup-shaped flowers, yellow-green, is known as "grass knuckle" in Tuscany, where according to an old tradition is being observed carefully because this is considered a very good horoscope for agriculture: the harvest will be plentiful if it has four tufts, a mediocre three, bad with two. 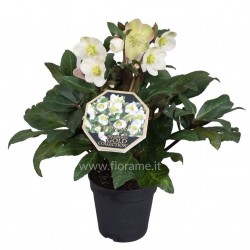