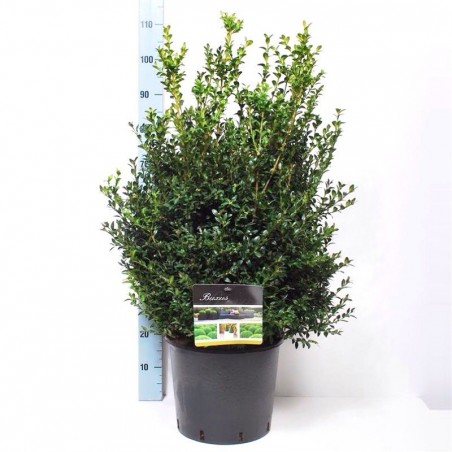 The boxwood or of Firmness

The boxwood (Buxus sempervirens) is known primarily as a hedge shaped in many different ways thanks to the leaves, glossy and dark green in colour,
that are constantly renewed.

A time, however, it was also appreciated for the medicinal properties.

The clutch box was considered to be an effective remedy against baldness; but you used the tree as a febrifuge in place of quinine, for the presence of an alkaloid called bossina.

Today, these peculiarities were scientifically verified; but since the box is so toxic as to cause a high doses, vomiting, and diarrhea, it is excluded from the habitual use, except in homeopathy, where it is administered as a treatment for rheumatism and sudorific.

In Greece it was sacred to Hades, which protected, in particular, the evergreens, the emblems of Life which continued in the "hell" of the winter.

For this reason, symbolized the perpetual Revival of nature, and, in a broader sense, Eternity.

In Scotland and in England, Palm Sunday, bring in procession with branches of boxwood, instead of the palm or olive tree, is not to be found in those campaigns.

The Greeks had also a proverb similar to the one on the vases went to Samos: "You brought the kidnappers to Kytore".

Kytore was, in fact, a city of Paphlagonia, near Amastri, on the banks of the Ponto Eusino, where this plant was widespread, so much so that the De Gubematis supposed that it was original.

II derives its name from a Latin word, in turn a translation of the Greek pyksos that he considered himself to be similar to pyx, "closed fist", and pyknos, "thick, dense", with reference to its wood, very hard and smooth, yellow in colour, with which are produced the tablets, write, covered with a light layer of wax, and the ciborium (Latin buxis-buxidis, from the Greek pyksis-ìdos, with the same root pyksos).

The latter, in fact, they were originally tins by box circular, the body globular and later cylindrical, in which you put jewelry or other valuable, manufactured then as well in clay or ivory.

From the middle Ages, the name designated to the sacred vessel that serves still today to contain the Eucharist.

On the other hand, in many european languages derived from byxis words that mean the box: how the English box, which also means box, and the German Buchs.

Italian is descended from buxis the "scapegoat", the jar or jar of wood, once used for voting or to contain ointments.

With the same name is designated, the metal tank is intended to contain the charge of the launch of a weapon, and to ensure the hermetic closure of the breech when the gun is fired.

Also the compass, the box that contains the magnetic needle fixed to a pin, has the same etymology.

The wood of boxwood, due to its shape retention and durability, it is made a long appeal for the manufacture of the chess pieces, the mathematical instruments and even a musical instrument which he gave the name.

He also evoked the symbols of the Firmness and Perseverance: for this reason it is still using now to make the hammers of the masonic lodges.

Since the boxwood is autofeconda with discretion, evoked the symbol of Chastity, as opposed to the venereal myrtle.

The men were forbidden to deporne twigs on the altars consecrated to Venus, under penalty of loss of virility. 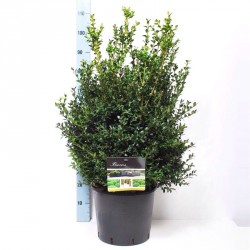