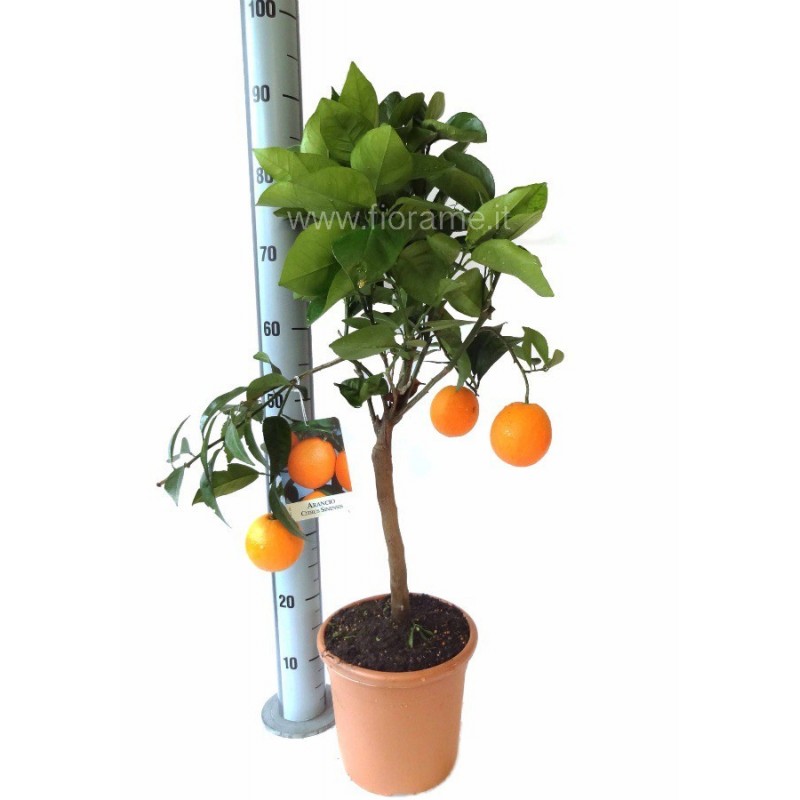 All we know is for its fruit but also for its flowers.

Decorate our home or give as a gift this sapling will be something equally wonderful.

The ORANGE PARADISE, AND ITS FLOWERS INTOXICATING

The piedmontese call the sweet orange (Citrus sinensis or Citrus aurantius dulcis) portugal, not unlike the catalans (portogalle) or by the neapolitans (purtualle) because it was said that the first orange trees were brought by the arabs in the FOURTEENTH century in Portugal, from where they would spread all over Europe.

In fact, had been introduced in the iberian peninsula a few centuries before, so much so that between the VII and the XII century, many poems of the arab-andalusian celebrating the orange trees with their flowers.

In Sicily it was cultivated since the beginning of the THIRTEENTH century.

Instead, the bitter orange or melangolo (Citrus aurantium bigaradia) arrived on the shores of the Mediterranean, at least at the beginning of our era - if not before - as an ornamental tree, probably a fruit one painted on a wall of the house of the Ara Maximum of Pompeii.

A native of the Far East, and specifically of southern China, Northern Burma and Annam, the orange has evoked a symbolism of paradise.

According to a fanciful interpretation of the renaissance, the oranges would have been the golden apples that Heracles conquered in the garden of the Hesperides, after having killed the dragon that kept it.

In the Renaissance, the oranges were placed in another mythological episode, as he explains the Poliziano telling of Atalanta:
Rays in front of the door, a great plant,
that the foliage has emerald and the golden apples:
and apples eh' stop femo Atalanta,
that to Ippomene dierno the green laurel.

Atalanta, the daughter of Scheneo, king of the Syrian, a skilled huntress, unsurpassed in the race, he had decided to remain a virgin.

But the father was not of the same opinion, and, since many of the asking in marriage, he established that every pretender is long with her in a race unique, and dangerous: the prospective husband had to flee while Atalanta, armed with a lance, the pursued.

If the pretender had been reached within certain limits, would be killed and his head hung at the entrance of the arena.

Among the candidates there was Ippomene, which Aphrodite had given him three apples of pure gold, suggesting throwing them to the ground during the race.

Atalanta, curious, slowed down the pace to gather those wonderful fruits, and thus lost the race.

In the wake of this legend, the color of the fruit, similar to that of gold, but also of the sun, next to the sunset, was the inspiration for the renaissance
Mattioli a fanciful etymology, according to which the name "orange" would be the translation of aurantia poma, or "pomi d'oro".

In reality the word is the translation-deformation of a vocabulary Persian, narang, derived probably from the sanskrit tiaraganja, "taste of the elephants".

The Spaniards have remained rather faithful translation of the Persian, naming it naranja.

The white flowers, called in Sicily, the orange blossom and the scent is intense almost stuns, they would have had to evoke sensual images; they have become instead the symbol, in the marriage, the Virginity of the bride.

A naive and mielosa legend explains the origin of this custom: one day, a young virgin who was to get married and had no
jewel saw grow miraculously in his garden a plant with small white flowers, fleshy and scented, if it adorned the head, so that from that day on, the orange blossom became the symbol of Virginity.

Once in Sicily, the orange blossom on the head of the bride accompanied the fruits, used for decorating the harness of the oxen that pulled
the wagon....

The flowers of the bitter fruit were appreciated by the perfumers for the water scented that if used to distill, and by doctors to cure fevers they have reached maturity.

The flowers of orange are beneficial in anxiety-depressive syndromes and in the neuroses of hysteria and fear.

They are an excellent sedative, also useful in the treatment of insomnia.

The leaves, in their turn, have a hypnotic action is more marked and facilitate digestion.

As for the fruits, which seem to be authentic incarnations plant of the sun, they are rich in beneficial properties thanks to the vitamins C, A, Bìf B2, PP, B5, B6, And limonene, to the sugars, acids, ascorbic acid and citric acid, the pectin and mineral salts.

They are reputed to be tonic, antiscorbutici, alkalizing, digestive, sedative, vermifuge. Well tolerated by the gastralgici, are beneficial to the liver.

Thanks to these virtues, their flower has evoked in the language of love in nineteenth-century the symbol of Generosity.

Oranges together with other citrus fruits, the citron and the lemon - liked at this point that they were often depicted in paintings and frescoes of the renaissance painters, from Botticelli to Mantegna, from fra Angelico to Ghirlandaio, from Veronese to Titian.

So Ariosto did not describe Ruggiero as he went down, riding the Hippogriff, on the island of Alcina:
[...] the vague thickets of sweet bay and
palm trees and amenissime mortelle
cedars et orange trees that had fruits and flowers
contexts in various forms and all of the beautiful,
watching shelter to the fervent heats
de' summer days with their thick umbels;
and between those branches with safe flights
singing if it gìano the rosignuoli.

The most famous of Italy is located in a courtyard adjacent to the hall of the dominican convent of Santa Sabina, in Rome.

It is said that was planted by st. Dominic Guzmàn, when in 1220 he founded a community of his order on the Aventine hill. 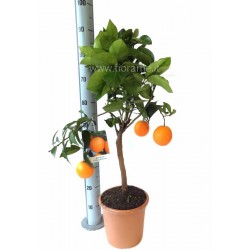