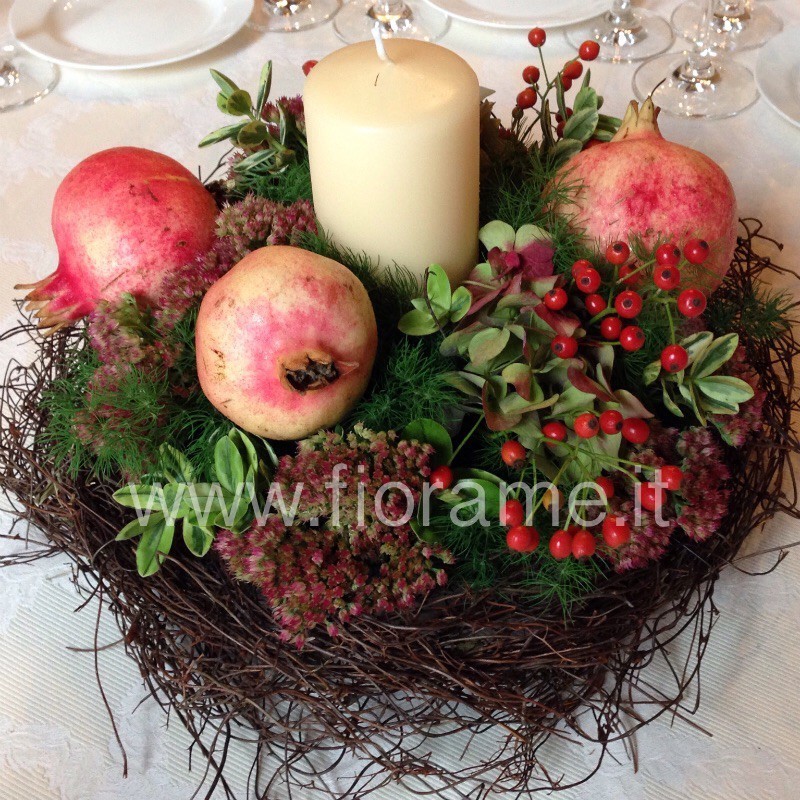 The Latins called the fruit malum / northern, melo phoenician, because it said that it came from the area of syro-phoenicia where a mythical Side,
another Greek name of the pomegranate, she was considered the heroine the founder of Sidon, who had also taken up etymologically the name.

The tree, known botanically Punica granatum, in fact come from an area that extended from the Punjab, India, to the territories south of the Caucasus; but in ancient times was widespread in Asia Minor and then in the mediterranean Countries.

The archaic of the pomegranate
Attribute of the Great Mother, queen of the Cosmos, the pomegranate was a symbol of Fertility.
According to a Greek myth the first pomegranate tree was born from the drops of blood of Dionysus.

When he emerged from the hut, which was the thigh of his father Zeus, little was captured by the Titans, inspired by the envious Was made in pieces and then put it to boil in a pot.

From the blood that was shed sprang up a tree, and the pomegranate, and other rose on the graves of the young heroes, from Eteoklès to Menoikéus, enclosing in the essence vegetable of the drops of their blood.

But in ancient times the pomegranate was associated with a feminine being, Rhoió, one of the Greek names of the plant, was the daughter of Stàfylos, the Branch of grapes, and in turn the daughter of Dionysus.

The father angrily had locked in a larnax, a vessel of clay, and thrown into the sea.

After a fortunate trip was landed on the island of Deio where he had created Anios, who in turn had generated Oinó, Spermó, Elaìs,
that is, Wine, Grain and Olive.

Side is another name for the pomegranate, which is attached to a maiden, the heroine of the same name in Pamphylia.

According to the legend, the most ancient Side was the bride of Orion, the mythical hunter who threw it to Hades because he had dared to contend with Was in a race of beauty.

Perhaps the myth reflects the transition from a sphere of worship to the primitive to a more modern one where he had taken over the main role.

Another variant of the myth tells that Side, threatened by the father, killed himself on the grave of the mother.

The gods, out of compassion from the sad story, did arise from the tomb on the pomegranate, while the father was being turned into a kite, the bird of prey that never alights on the branches of the tree.

The symbolism that the profane of the pomegranate in the Renaissance

The grenade, which under its zest gathers harmoniously the grains of the colour of the ruby, was regarded as sacred to Juno as a "conservative union of the peoples", seen as so many grains, and inspires harmony in the great family social.

Therefore, as explained at the end of the SIXTEENTH century Cesare Ripa in his Iconologia, it was of the Concordia as "a beautiful woman who shows severity, and holding in her right a cup, with a pommel the pomegranate, in the left a sceptre, the top has flowers and fruits of different sorts, - in-chief will have a garland of apples and grenades with the leaves and the fruits of it".

In turn, the Academy, as a congregation of many people coming together to pursue a fine intellectual the municipality, was symbolized by the apple grenade, which finally concurred to form the image of the Conversation: a young man, cheerful and smiling, dressed grandly with a green dress, the head surrounded by a wreath of laurel and in his left hand a caduceus, instead of the two snakes
connected, has a branch of myrtle and a pomegranate, both in flower; and above the lugs of a human language.

The young man is portrayed in the act of making reverence, with a leg pushed back, while the right arm, stretched forward like to hug or receive a hug, hangs a ribbon bearing the motto "Veh only".

"The branch of the myrtle and of the pomo granato," says Ripa, "ambidue flower with beautiful upheavals twisted together, mean that in Conversatone agrees that there is union and true friendship, and that the parties give themselves to one another delicious smell and be taken together from these plants, being among them love each other so much that, though the places lontanetti the one from the other root, you should be find and you avviticchiano together to the confusion of those who flee the Conversatone."

The man is young because according to the cultural young people diletterebbero most of the elderly live together.

It is charming, dressed in green because this color would induce cheerfulness.

The laurel admonishes us to make every conversation a virtuous and never vicious.

The language above the fins, it reminds us that nature has given the word to man, not because it speaks with itself, but because it expresses love and affection to others.

The act of making reverence, and the arm open, show in their turn that the conversation we need to be kind and benign to those who are worthy of the "true and virtuous conversatone". 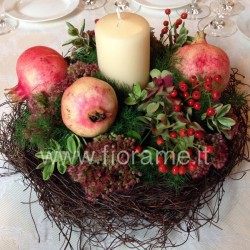